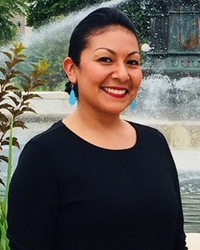 Apart from the passing of Donna, the Phillips family suffered the loss of Joann Phillips. Joann Phillips and her husband Gifford Phillips created the Chamiza Foundation in 1989. Joann was 90 years old when she passed. She lived a long and beautiful life. I am grateful that I had the opportunity to meet Joann before she passed. She was an amazing woman. I wished I had met her in her heyday. From what I hear she was a very forward-thinking woman with a great sense of humor.

I am truly honored to be in this position and look forward to perpetuating the work of the Chamiza Foundation.

“She was a life force, which made her a fabulously rounded board member, one who worked hard, brought in good people, was very generous with financial support and had a good vision,” said Andrew Wallerstein, the former chair of the board of SITE Santa Fe, which Phillips helped co-found in the mid-1990s. “Even when she was old and frail she would state her opinions. You noticed her, even when she was very quiet, and when she spoke, it was with force and vitality and humor.”

Joann Phillips died at her Santa Fe home surrounded by friends and family members, on Oct. 26. She was 90 years old.
The Portland, Ore., native, who moved to Santa Fe with her late husband, Gifford Phillips, around 1990, played a driving role as both a founding member and board member for SITE Santa Fe, the Georgia O’Keeffe Museum and the Museum of New Mexico Foundation. She was involved with the Los Angeles Institute of Contemporary Art, the Museum of Modern Art and the International Council of the Museum of Modern Art in New York City.

She and her husband founded the Chamiza Foundation in 1989, an organization that preserves and enriches the cultural heritage of the pueblos of New Mexico. 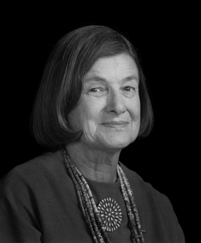 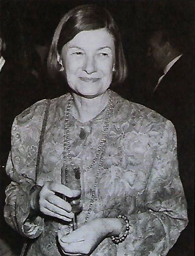 The Nambe Pueblo Farm program began in 2012, they have been constantly evolving, expanding, and making an impact their community. With two previous Chamiza Foundation grants supporting their  “Seeds of Health Preservation” Program, they now have two stainless steel, lockable tool chests which serve as perfect seed banks. Their Farm Manager, George Toya, has ensured the continuation of the program by saving seeds and teaching the other Farm Technicians how to do so as well. The seed saving program is now a permanent part of the farm program, and they use the seeds in their fields and hoop house, and give seeds to community members for their own gardens.

The following are activities that the Chamiza grant helps support by providing funds for wages for community farm staff members: